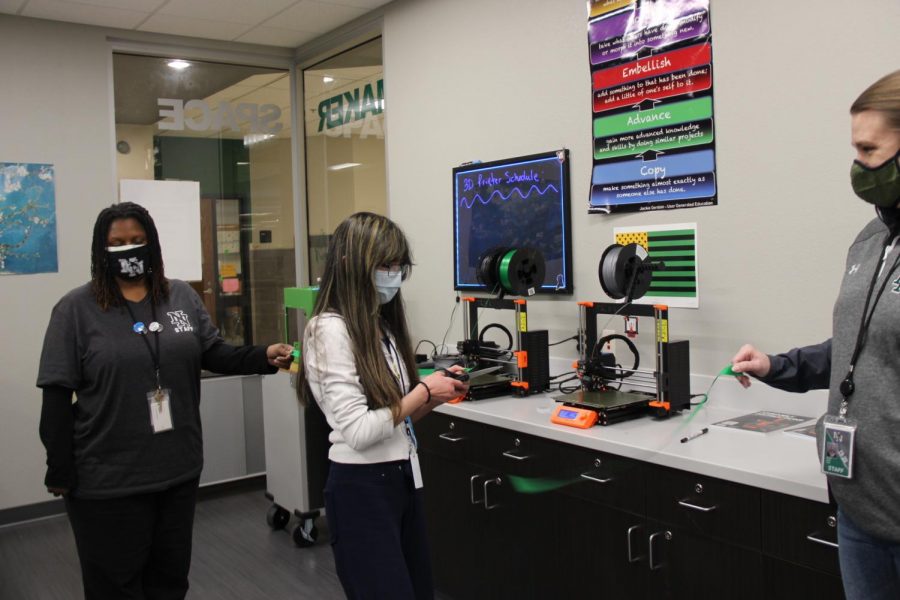 Kaella cutting a ribbion to celebrate the new 3D printer.

On January 29th the Norman North Library’s MakerSpace held a ribbon cutting ceremony, to celebrate the addition of  a new 3D printer, built by senior Kaella Rauschenburg. It took her about two months to put together. “Time goes by really slow when you’re making this thing,” Kaella said. In fact, Kaella had to 3D print some of the parts from another 3D printer, which took hours. The MakerSpace is open to any student by appointment. There are many creative tools available, including the new 3D printer. Students can create almost anything they want. For instance, Kaella’s first project was to print a tree frog. “I kind of want to make a whole army of frogs,” she said. We asked if she had any suggestions for anyone who’s planning to undertake a similar project. If you ever build your own 3D printer, Kaella recommends “[that you] take your time, be patient, and don’t rush through it.”