What Does Black History Month Mean to You? 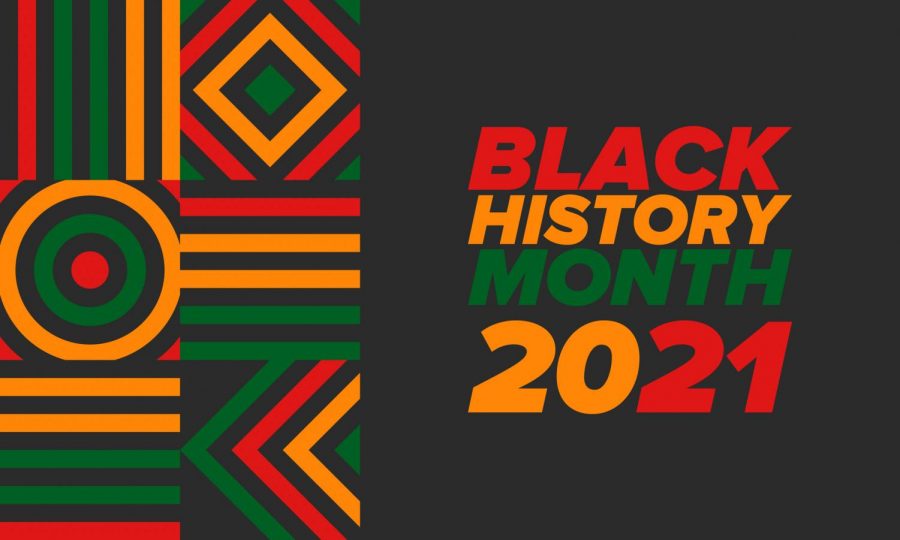 February is recognized as Black History Month, which was created by Black educators in 1970. President Gerald Ford recognized Black History Month (BHM) during the celebration of the United States Bicentennial. He urged Americans to, “seize the opportunity to honor the too-often neglected accomplishments of Black Americans in every area of endeavor throughout our history.” Black History Month means different things to everyone, and here is what it means to a few Black students at Norman North.

When did you first learn about BHM?

Lindsey Wilson (12th): I first learned about BHM when I was in early elementary school, but I’ve never had it taught to me. I saw it on TV, like [on] Nickelodeon.

Raz White (11th): I probably think I learned about BHM straight out of the womb because I can’t remember. Like as a small child, I only liked my birthday because it was in BHM and a week after Valentine’s Day.

Jayla Harbert (11th): I first learned about BHM not too long ago when all of the protests started last year.

Kalizibe Okoya (11th): I don’t exactly remember the day I first heard of BHM, nor if it was too early or late, but I do know I learned of it in the most casual forgettable way you can imagine; Elementary school, as a quick announcement over the intercom. Since coverage of any history at all is very sparse until later elementary school years and early in middle school, I didn’t really know what to think of the month, so I didn’t really look further into it. However, unlike anything else that could be put in this same context and easily forgotten, that status of this month was instilled deep into my head. In the years to come, I would learn more about the significance of Black history, and later what the month really entails.

What does BHM mean to you?

Jayla: BHM means to me that I should be proud of where I come from and that my ancestors fought very very hard for the life that I live today.

Raz: BHM really is more about educating people about how black people have changed history and how it affects everyone.

Lindsey: To me, BHM means pride in my people and my culture. I think Black people are beautiful year-round obviously, but it’s a whole month where our history and customs are brought into the light.

Kalizibe: …BHM to me is something that serves as an important reminder of what African Americans accomplished, despite the grueling oppression they faced on their journey, to be treated as equals within the States. I stand by this more now than I have ever had before in light of what happened last summer with the resurgence of Black Lives Matter. I feel it’s way more important to understand and recognize both the achievements of Black people in the past as well the roads they paved to get us where we are today. Many people say history is repetitive if we don’t actively try to learn from our past. Without BHM, we will forget the important facts of history and neglect racial issues that may spawn directly or indirectly as a result of our ignorance.

What’s your favorite moment from Black history and why?

Jayla: My favorite moment from BHM is just seeing all of these HUGE companies and programs celebrating and promoting BHM on their platforms.

Raz: My favorite moment of Black history is probably the entirety of the Malcolm X era. Like MLK was a really cool guy and I respect the nonviolence, but Malcolm X was freaking unhinged!

Lindsey: My first thought is to say “When Barrack Obama became president!” but I wasn’t very aware when that happened, I was young. I think my favorite moment in Black history has to be in 2018 when Ilhan Omar and Ayanna Pressley were elected to the US Congress. They make up “the squad” (four women of color all fighting for change) and it was groundbreaking. I fully support all of those women.

Kalizibe: Thanks to my wonderful US History class taught by the world-renowned Michael Stuemky, I’ve learned the best moment in Black history, in my own opinion, has to be the events leading up to the Civil War. For the first time, the majority of America (the North) began to collectively recognize the morality issues with slavery. More and more people started to call for its abolishment, groups formed to help ex-slaves, and federal acts were passed to prohibit it from continuing following the end of the War. The end of slavery and the realization that Blacks had humanity in America was not only a crucial first step towards equality, but also a big marker for Black history. It’s my favorite moment because it gives me hope by showing that even the most conflicting and unfair circumstances can find a resolution.

What’s your favorite thing invented by a Black person and why?

Jayla: My favorite thing invented by a Black person would probably be the hair products. Being biracial, I have different hair than most of my fellow peers and it can be very hard to take good care of, so these hair products invented for Black girls and girls of color is really inspiring.

Kalizibe: Safety is always the #1 priority, and with COVID-19, among many other things, I’ve become kind of an advocate for making sure everything is.. uh safe, lol. That’s why when I think of a good invention, I think of something that saves lives and keeps things orderly to minimize danger. The best invention with this taken into account has to be the 3 indicator traffic light my Garrett Morgan. Driving around gives me a good amount of anxiety because I’m constantly aware of just how dangerous cars are. 20-80MPH, 3,000+ lb objects zooming past each other isn’t something you want to take chances on when it comes to being safe. I’m extreeeeemmmelly thankful for this invention.

Jayla: My favorite person in Black history is Harriet Tubman!

Lindsey: Chadwick Boseman. Not only was Black Panther monumental (it had an entirely black cast except for 1 white guy, every person on the crew was black -just 10/10) he did so much for Black lower-class children, and BLM.

Kalizibe: There are not many people I aspire to be, *lil bit of an ego* but if I had to choose, it would be Muhammad Ali. He has to be, without a doubt, my favorite Black person in modern history. I wasn’t really much of a boxing enthusiast until I followed KSI and watched his matches with Logan Paul. Those fights gave me an extended interest that got me more involved with the sport. The idea of training yourself to perform in front of thousands or even millions was such a fascinating concept to me. The heart, pride, and determination it takes to do such a thing can’t be overstated. I looked at those at the top of the sport with the utmost respect, and soon found Ali, who many consider was the very best at the sport in his prime. The man, despite any kind of disadvantages he may have faced because of the color of his skin or his upbringing, rose to be one of the most inspirational figures in the world through his boxing ability. I can only respect the amount of time and effort that goes into becoming a figure such as him.